Skip to navigationSkip to contentSkip to footer

Our "Sanctuary stoush" story about Batemans Marine Park "no-take zones" published on Wednesday, October 7 continues to net a run of letters. See Wednesday's letters here. More letters are published below in the order they were submitted.

The point of a Marine Park is to conserve biodiversity and to maintain ecosystem integrity and function. Research has shown improvements in fish numbers and sizes in sanctuary zones. Almost 80 per cent of recreational fishers support sanctuaries - this is peer reviewed science.

Fish in sanctuaries produce up to 2.4 times more young than fished areas - these offspring can make up to half the fish we catch in legal fishing zones. This is peered reviewed science.

United Nations scientists have been predicting for years if there is no change to the way we fish and protect our ocean habitats then all species we like to eat will collapse by 2040.

Protect a small area. Let the ecosystem benefit. Get bigger and more fish for the future for fishers and eco tourists alike. Our eco-tourism industry is proud (was) of our sanctuary zones. I know businesses in eco-tourism from Narooma to the Bay who have spoken out about the removal of the zones and want them reinstated. - Nicholas Blackman, Deua River

I was disappointed your newspaper chose to frame the discussion about marine park sanctuary zones as a "stoush" between various people. My contacts suggest there is an overwhelming desire from the community for effective measures to protect the South Coast marine environment, for our children, grandchildren and future generations. There's no need for conflict among ourselves but there is a need for discussion and negotiation. There is plenty of marine park for fishing and recreation while allowing a representative sample of marine habitats to flourish undisturbed. Most of us in the Eurobodalla community are able and prepared to respectfully discuss the issues so outcomes benefit people and the environment to the greatest extent. The state government has not seen things this way. It prefers to pit one group against others, it offers no constructive leadership and fails to consult. Surely a community-based consensus approach is worth striving for rather than the present system of arbitrary decision-making by the Agriculture Minister. - Bill Barker, Potato Point

I do not understand why members of conservation NGOs have a messianic belief that banning fishing will somehow cure the ocean's ills. Mr Blackman claims the zone boundaries were established 'after extensive community consultation'. Personally I don't remember seeing Mr Blackman at any of the meetings as the zoning was rushed through (seven months) compared to Jervis Bay (two years).

The claim that the MEMA threat and risk assessment was focussed on Sydney Harbour is rubbish. Pollution in varying forms affects all estuaries and near marine waters, with sometimes catastrophic effects. Pollution, as a threat, is not being addressed. Fishing is and has been addressed and has been demonstrated to be sustainable.

Not one of the multitude of papers trotted out as "proof that sanctuary zones work" shows that fishing in NSW waters is unsustainable. Not one mentions any improvement in marine biodiversity, in fact what marine parks are chartered to conserve, not just fishes.- Philip Creagh, Narooma

One has to wonder why people would support a project that has destroyed towns up and down the coast when marine parks were introduced. Just in our patch of the world 26 business closed within 6 months of the park opening.

The closure of Nangudga was based on a blatant lie. It was the only safe place for the young and old to prawn in safety in Narooma and in the coming months I will be teaching my grand kids the fun of prawning.

Even a former park manager published a paper saying sanctuary zones were a waste of time as the fish that reside there are not even on the list for fisherman to catch. People have to remember that DPI Fisheries are in charge of fish quotas, not marine parks, and you only have to walk out to your road and watch all the pollution that is washed into storm drains then into the ocean ... the real cause of the demise of our oceans. - Dave Clark, President Club Narooma Fishing Club

Marine sanctuaries are very important areas in our marine park to ensure we have fish for the future - by allowing fish to grow to a large size which in turn spawn tens of thousands of eggs and lavae which then flow outside the marine sanctuary areas - it's a no-brainer. Let's get more biodiversity on our South Coast. - Fiona McCuaig, Bodalla

Research from other "no-take zones" in marine parks has verified that, overall, fish stocks are higher and stronger than if not in place. This research has confirmed protecting breeding stock is key to sustainable fishing and a healthy marine environment.

If, as claimed, the original zone boundaries were made without detailed scientific analysis, then removing them without scientific input is equally wrong.

A thorough analysis to determine the best zone boundaries to balance the needs of habitat protection, eco-tourism, fishing, recreational boating, cultural food collection, etc. should be undertaken before decisions on zone changes are made. - Tim Herne, Batehaven

Wagonga Inlet has suffered no damage to seagrass. Every bit of shoreline has very large acres of seagrass with no damage from fishing or boating, which makes land-based fishing no access at all. Nature itself has created a "no-fish zone" in Wagonga Inlet. - Peter Andrews, Narooma 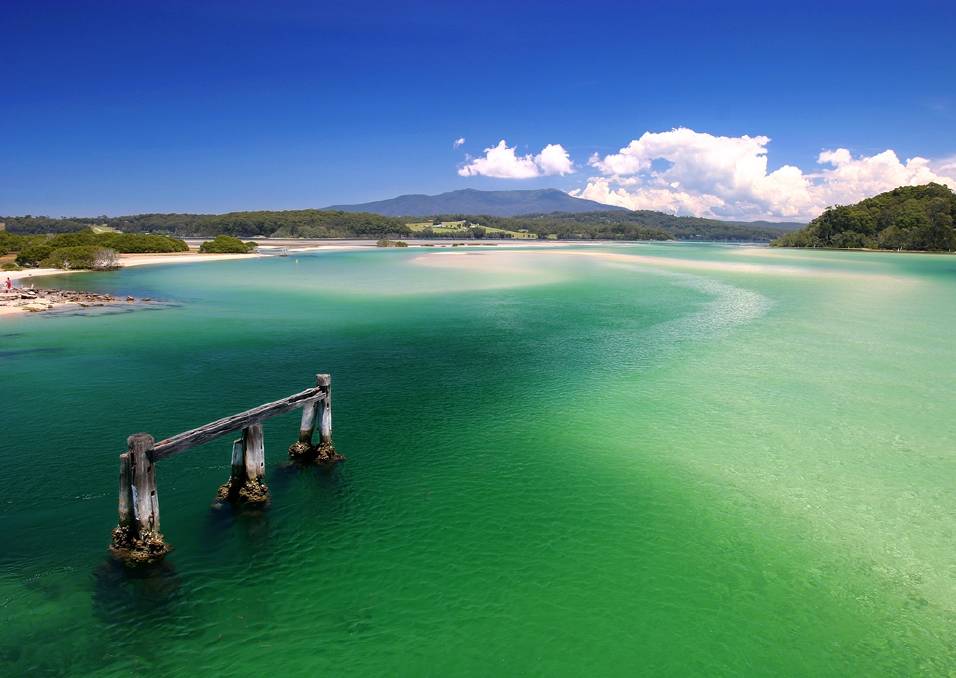 As both a keen recreational fisher and someone who has mapped and filmed the Batemans Marine park for several years, I was and remain deeply saddened and dismayed by the decision to allow fishing in some sanctuary zones. Fishing in these zones is a direct threat to our most desirable and iconic reef fish (snapper), throws away the 13 years of sacrifice by fishers not fishing in these places and is against the interests of all recreational fishers and their children.

Snapper are slow-growing, long-lived and many live on the same reef for years. Large fish are rare. The average size of snapper is only 1 to 2 kg (two-to-five years old) which is pathetic for a fish that grows to 15kg and 40-years old. Large fish are extremely important. They are more productive breeding fish and are key predators of sea urchins (an imbalance causes urchin barrens). They are also very desirable fish to catch.

Sanctuary zones are among the last refuges for large snapper. Snapper resident in the Batemans sanctuary zones have had up to 13 years' protected growth.

Now they are fair game. Any population of large fish can be destroyed quickly, given how rapidly news of catches and fishing methods spread on social media and that people love catching and keeping big snapper. The large fish are removed. Anglers no longer get long-term benefits or catch occasional large fish and divers and snorkelers cannot enjoy seeing large fish. Everyone loses. - David Rowland

Running a tourism business on the water 364 days of the year, we believe sanctuaries are good for biodiversity, great for business and great for the community. Why not have areas of "no-take"? With expanding population, more pressure on providing food, it would be pure folly to have all areas of our marine estates worldwide as areas where take is permitted. Sanctuaries and the reasons we have them form a large part of our interpretive education to tour guests, including the reasons certain areas are chosen and the science behind them. All user groups have a right to be cared for and so do the lives of all creatures below the surface. Leave the sanctuaries alone, only 19 per cent of the Batemans Marine park is sanctuary. Perhaps a better discussion would be to increase the amount of marine sanctuary? - Josh Waterson, Batemans Bay

Batemans Marine Park "no-fish zones" in the estuaries are largely a waste of time - a number of which are in areas where commercial netting is allowed. Fish travel and are very efficiently netted and taken out of the system. Open all estuaries to recreational fishing and, in some, even make them catch and release and get the area back to its full tourist potential. There are too many short-sighted groups out there. - David Longin, Monash.

What are your thoughts on "no-take zones"? Send us a letter: